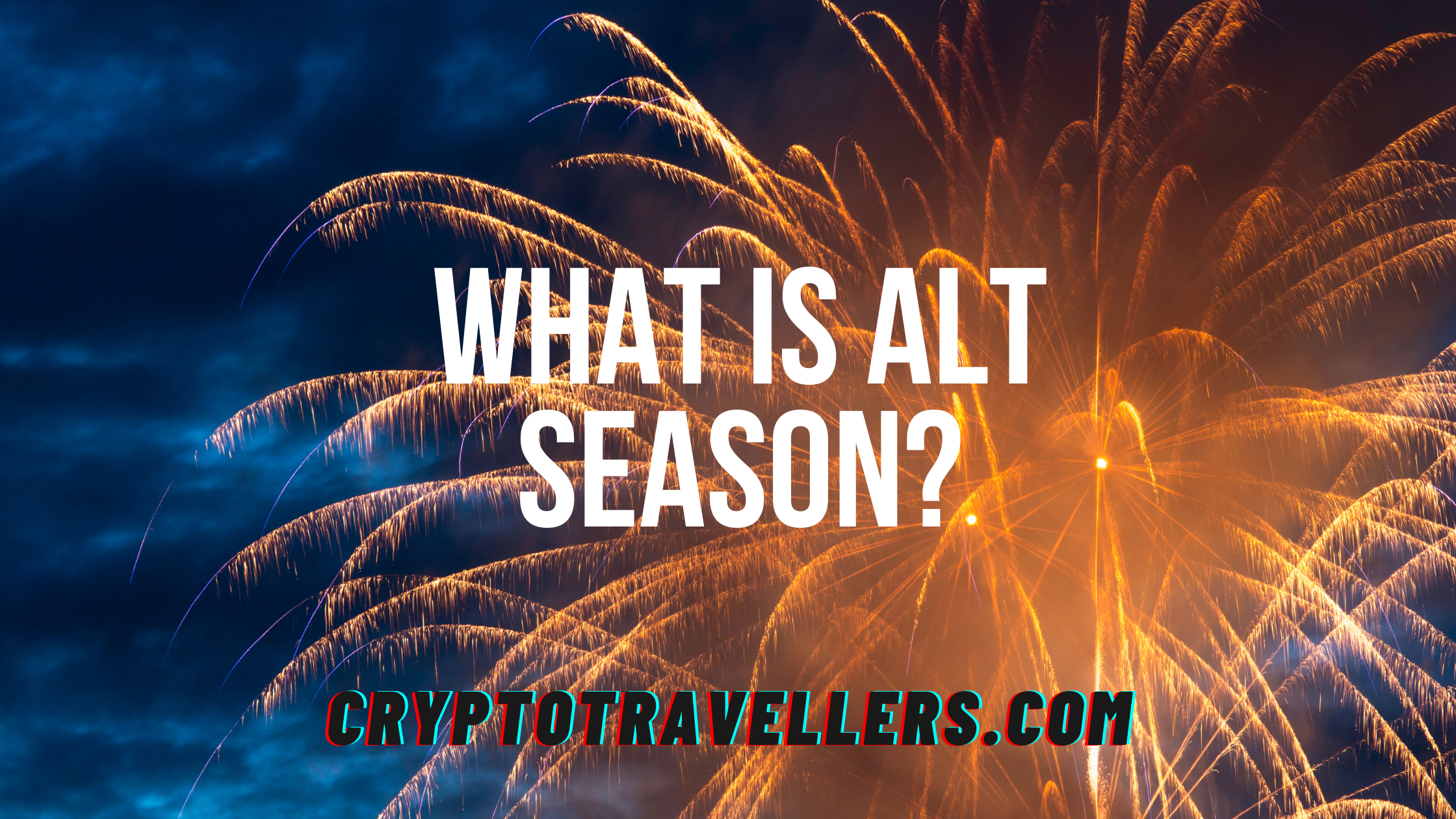 “Alt Season,” as crypto investors will discover, is a term that refers to the buying frenzy associated with altcoins (alternative coins). Should you invest in the alt season? Can you Profit from Alt Season? We will cover these questions in this article.

If you’re looking for more than just Bitcoin and want your portfolio diversified in anticipation of profits often seen during this time, then you need an understanding of what “alt-season” means.

Alt Season can be Profitable, but Volatile

The crypto market is a volatile place where the altcoins that are currently trending tend to outperform Bitcoin. But given their nature, you should be careful and not put all your eggs into one basket.

Is Alt Season good for investors?

A recent report by Coinbase has shown that Bitcoin dominance will reach its lowest level in 2018, at around 40%. This is the first time ever where a crypto winter has been so prolonged. It’s also worth noting how altcoins normally take up more of market share during an “altcoin season.”

For instance, if the entire crypto market cap is £1 trillion ($1.38 trillion United states Dollars) and Bitcoin’s market cap stands at 600 billion pounds (BBP), then Bitcoins' 60% domination spells out for bad news to come. In a typical cryptocurrency market, alts usually cut into bitcoins’ shares of total crypto-market capitalization; this year however things are different as we enter what could be considered bitcoin’s worst period yet.

Bitcoin’s dominance has been on a downward trend since 2013. The peak of bitcoin’s market share was in 2015 when it accounted for over 83% of the total cryptocurrency industry, and while this number shrunk to 54%.

In 2017-2018 Bitcoin lost 33% in terms of its prominence as an investment choice because other altcoins were flourishing due to their low prices relative to BTC. However with more people investing into these “new” currencies there is renewed competition between coins which may be good or bad depending on how you look at it.

At the end of each alt-season, bitcoin’s dominance gradually recovers. This often happens through profits from investments flowing back into bitcoin and not other coins like Ethereum or Litecoin because these others are less stable than Bitcoin. It is hard to say how long this season lasts though - it could be a few weeks or months but sometimes last for years.

Recently, the rise of initial coin offerings (ICOs) provided a new avenue for startups to raise funds even when they had no working product. Many people speculate that this was due to Bitcoin’s dominance levels sinking as more and more altcoins entered the market with prices soaring in 2017. There are currently around 4000 cryptocurrencies on offer; however, only 10 have any real-world use case so far.

The cryptocurrency world has evolved over the past decade, and now a new type of token is emerging to power centralized financial products. When it comes to decentralised finance (DeFi), these tokens are known as non-fungible tokens or NFTs for short. New types of coins have been created specifically with DeFi in mind, but another standout feature from this evolving crypto phenomenon is that some projects will even utilize 2-3 different cryptocurrencies!

Bitcoin had a big year in 2020-21, spiking in value and catapulting to 50% dominance. Other coins have seen an increase as well with the rally starting all over again.

The cryptocurrency market is so volatile that any sharp increase or decline in Bitcoin prices often has a similar effect on altcoins. This volatility also means that alts with gains will be more at risk for major losses than ones who have not seen significant changes to the price of their tokens recently.

When large altcoins such as Ether (ETH), Ripple (XRP) and Binance Coin (BNB) gain more in price than Bitcoin, it could be an indicator that value is flowing to other alt coins. This might signal the onset of “alt-season”.

The decline in Bitcoin dominance has been seen as a sign of bullish market performance for altcoins. Historically, the markets typically see an influx of investors and money into alternative coins once bitcoin takes a break from its highs. This trend is usually attributed to new investors who are hesitant about investing in expensive cryptocurrency but still want large returns on their investments by buying lower priced currencies with higher prices potential such as Ethereum or Litecoin

Investors have been doing well in the cryptocurrency market since its inception. Some coins are up 2000% and one coin is even worth 6000%. The digital currency industry continues to grow as new players enter with innovative ideas, which makes for a more competitive marketplace.

How to make money in alt season?

The best way to make money in altcoin season is by preparing before it arrives. You can do this by conducting solid research on new projects and trying to find one that has a strong potential for success.

As we head into alt-season, it is important to be aware of the factors that will make or break an investment. While a company’s community can play a large factor in coin success, focus should also be placed on other aspects such as development and product viability.

Altcoins, linked to cryptocurrency exchange products often tend to perform well in an altseason. This is because these platforms onboard more users during a period of peak market performance. Additionally, they can afford new use cases from the revenue they generate for their business.

Bitcoin investors who were able to ride the wave of success and see their investments skyrocket are now eagerly watching altcoins closely. Due in part by Bitcoin’s quick recovery back to its previous all-time high, many alts hit new highs they had never come close to before or since.

There are many new altcoins that have been hitting record highs in a matter of weeks and months. Many people believe the coin market is going to stay strong for some time because it follows nearly the same pattern as 2018’s, with even more coins launching this year than ever before.

In recent years there has been an increase in newly launched cryptocurrencies which then hit high records within just mere weeks or few months. It seems like we’re currently experiencing one of these seasons where after such short periods cryptocurrency prices start to decrease again mostly due to traders selling their assets when they reach certain price points and also by lack of hype from crypto enthusiasts who want fresh projects rather than investing on today’s established teams without any significant progress made so far but only promises.

When the crypto market matures, there will be periods where altcoins outperform bitcoin and vice versa. The concept of “alt season” is one that does not seem to be going anywhere anytime soon.

Over time, Bitcoin’s dominance will wane. This is due to the fact that there are numerous coins flooding into the market and most of them have a good chance at gaining traction.

The market is constantly changing and will continue to do so for the foreseeable future. As of now, Bitcoin still holds a significant share in this ever-changing crypto world; however, we can’t know what it will be like tomorrow or next week as there are always “alt seasons” where those who learn how to play their cards right may reap great rewards.

The markets change every day but one thing that seems certain for at least the near future is Bitcoin’s representation within it which has been very stable despite all its ups and downs over recent years with other coins fluctuating more significantly due largely in part because they have less liquidity than BTC while others seem not even existent on some exchanges when you log into them only hours.