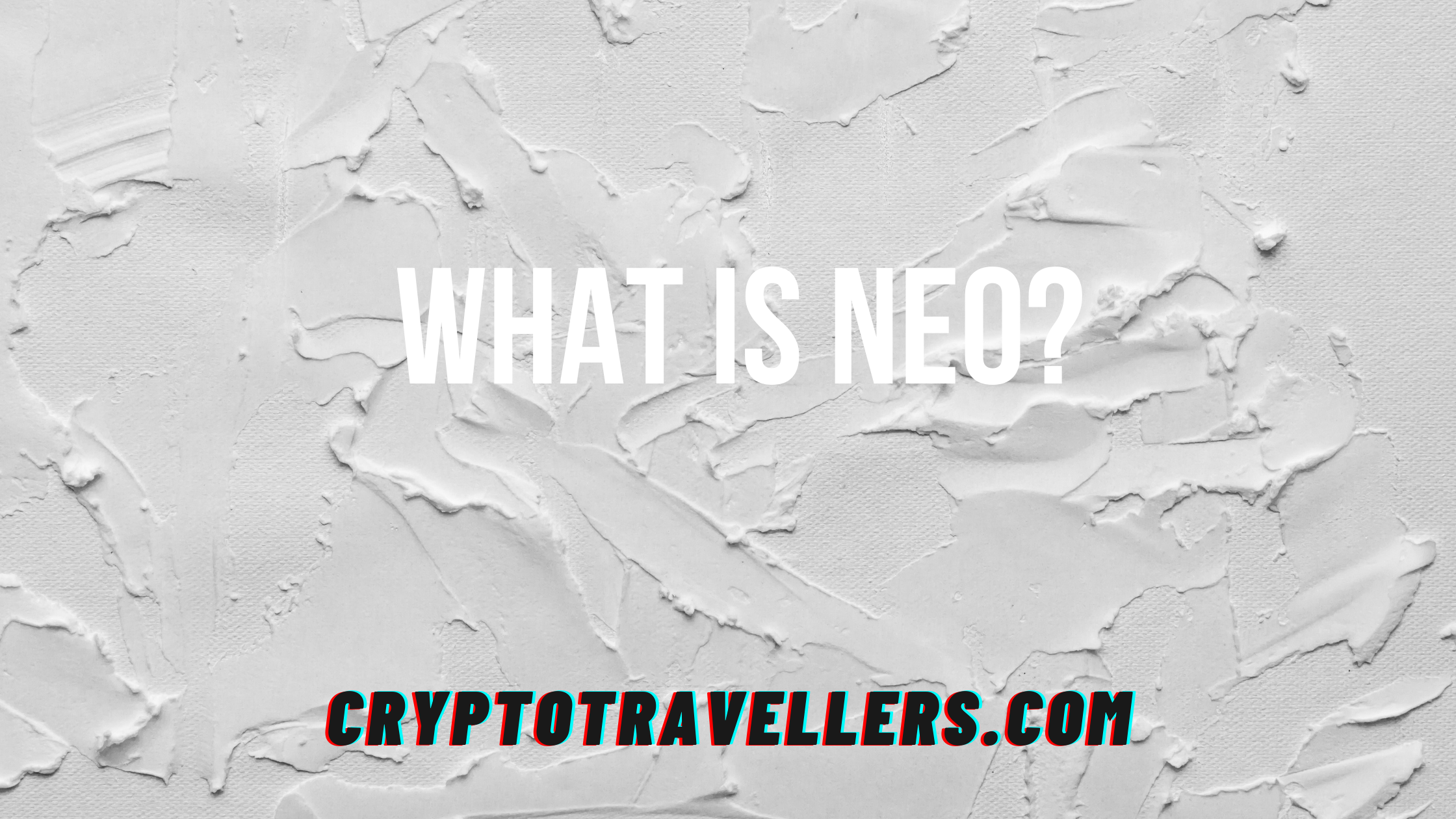 NEO is a blockchain that aims to use the power of smart contracts and digital certificates in order to create an innovative, efficient economy. It was founded by Antshares Company Limited (now NEO Global Development), which also launched Ontology Network as well. In 2017 its name changed from AntShares into Neo - walking on both feet with Chinese philosophy! The founding team envisioned that it would be China’s answer for Ethereum: building this platform aimed at driving cryptocurrency adoption within the growing Chinese market - but they’re not alone anymore. Just like every other major player in crypto space, there are plenty of competitors out there who want their chance too; even some claiming to dominate NEO already have a foot up over them due-to being built first.

China is a country with unique needs, and this can be difficult for many Western companies in China. They have to take into account language barriers in their strategy as well as the regulations which differ from other major markets such as America or Europe. However, it’s common for China-based businesses of all types to dominate Chinese consumers due mainly because they are tailored perfectly. For example: Alibaba instead of Amazon; Baidu instead of Google; Didi Chuxing rather than Uber–and blockchain too has been taken over by NEO (formerly Antshares).

The blockchain company that has created a new era of smart economy is NEO. The founders are Da Hongfei and Erik Zhang, the co-founders of OnChain (NEO’s parent organization). Along with their non-profit called Neo Council which later became Foundation, they have been heavily involved in developing this platform for adoption by others as well as Ontology where Onchain played an instrumental role to create it too.

NEO is a revolutionary platform that seeks to build and establish its own economic system with the help of digital identity, smart assets, and contracts. NEO’s unique Digital Identity Solution allows users to have their identities on one blockchain which links them back into real-world identification in compliance with regulations like KYC/AML. This ensures privacy while also meeting regulatory requirements for our prospective future economy.

Leveraging NEO’s identity system, network participants can log and exchange a wide variety of assets in the platform. For example, a user can register their gold as an asset on the blockchain before it leaves China to engage with international markets while still retaining legal protection for that asset by Chinese law.

Leveraging NEO’s Identity System (NEO-ID), Network Participants Can Log And Exchange A Wide Variety Of Assets In The Platform.

NEO not only reduces the risk of fraud or bad actors, but also increases consumer confidence in transactions. This is because each item can be assigned a digital identity that provides transparency and trust for all parties involved.

The NEO blockchain is an open platform that builds on the original idea of smart contracts. Users are able to securely trade their registered and legally protected digital assets using a powerful smart contract protocol called NEOContract, which offers high speeds for JIT compilations while retaining flexibility in programming languages like Java or Python.

What makes this different from others? Well, you can use it with major programming languages unlike other platforms who only offer limited selections.

The NEO blockchain employs smart contracts to create its own proprietary tokens, which use different standards than Ethereum’s. Switcheo and Ontology are two of the more popular NEP-5 token projects on NEO while O3 Foundry uses a decentralized application programming interface (dAPI) for creating new non-fungible tokens through NEP-11.

By using smart contract technology, the NEO team has established a crypto-economy that can meet all of its demands. The two coins are used to ensure stability in transactions and voting rights on network projects. As well as being the primary currency for more than just one transaction type, new coinage is created when needed through “mining” instead of traditional minting methods like printing presses or engraving trades into gold bars; this process makes it easier for NEO supporters without any programming experience to find a way onto their favorite blockchain project!

The initial set up plan was designed so there would be 100 million total units out there with 50% locked away from circulation forever (released according to an annual amount determined by consensus vote).

When conducting a transaction on NEO, there is always an associated cost. This charge for transactions can be thought of as both a safety mechanism and economic incentive by nodes in the network to weed out spam or malicious activity; this fee goes towards validating these blocks that are confirmed every 15-20 seconds on the blockchain. Unlike Ethereum where gas prices are paid with ether (gwei), fees in NEO have been converted into GAS coins which generate from adding new blocks onto their chain about every 20 seconds

The NEO network is made up of blocks that are validated through the Proof-of-Stake (PoS) consensus mechanism by stakers of NEO coins. These NEO stakers receive GAS as a reward for their validation services, and they can earn more if they stake enough on the platform to validate even larger transactions with higher fees. Blocks started at one until reaching 100 million total tokens which will take around two decades from now and charges users in GAS for storing currency or executing smart contracts so this helps prevent frivolous use within its system

The NEO network is a hybridized structure of the two coins, GAS and NEO. To incentivize data validators in their ecosystem, new gas tokens are minted as rewards for them while no new Neo will be made to balance out with this inflationary mechanism. The system has been mirrored by Ontology’s dual-coin model where ONT (Ontology coin) balances against its own currency called ONG (Ontology Gas).

NEO is focused on remaining in compliance with regulatory bodies so that it can continue to grow and be successful. The project has already made significant progress by developing its digital-identity system, which ensures all transactions are legal. Individuals who want to make a transaction must first verify their identity before making the purchase or other action using NEO’s platform. By doing this verification beforehand, concerns around illegal activity will not arise as they would without an ID check.

NeoVM is the power behind NEO’s ecosystem, designed for scalability and security. Along with NeoContracts in its native flexible smart contract system, it provides sophisticated functionalities that are driving growth of this network.

NASH: A decentralized exchange by City of Zion, a major NEO contributor, seeks to combine the convenience and speed of centralized exchanges with the security benefits in decentralization. With this project’s focus on transparency and simplicity for user experience as well as its commitment to peace-of-mind safety measures like cold storage funds recovery via third party custodianship during centralization periods.

NEO is a Chinese-based cryptocurrency that has been gaining traction for the past few years. NEO’s ability to bring on new users and businesses, while still maintaining regulatory compliance sets it up well in preparation for widespread adoption of their platform by more people from around the world.

The NEO platform is the first decentralized, community-driven network that will ultimately be governed by its users. The team behind this innovative technology has created a digital asset (NEO) that represents ownership of shares in their company and voting rights on development decisions through consensus algorithm called Delegated Byzantine Fault Tolerance.(DBFT).

The DBFT ensures for scalability as it does not rely on one single node to generate new blocks, but can instead use hundreds or even thousands due to an optimized block generation process employing multiple rounds of assertions among nodes before generating new ones.

NEO is a blockchain-based project that includes the NEO Foundation. The foundation works to implement updates, address technical challenges, and promote long term success of the platform through fundraising and outreach to help fund initiatives in these areas.

The Chinese government wants to utilize blockchain technology for its transparency and democratic voting systems, but they are also a centralized institution who want control over the ecosystem. NEO’s decentralized consensus protocol allows them to have both with their hybridized governance structure: A semi-centralized non-profit foundation that ensures stability of funding as well as technological research; centralization in the form of core team members whose goal is security and growth; combined with decentralization through individual holders that enjoy complete ownership rights so long as any token deposits remain unsold during an ICO.

Regulators and enterprises in China consider this hybridized governance structure to be one of NEO’s key selling points because it offers many benefits from traditional organizations structures. 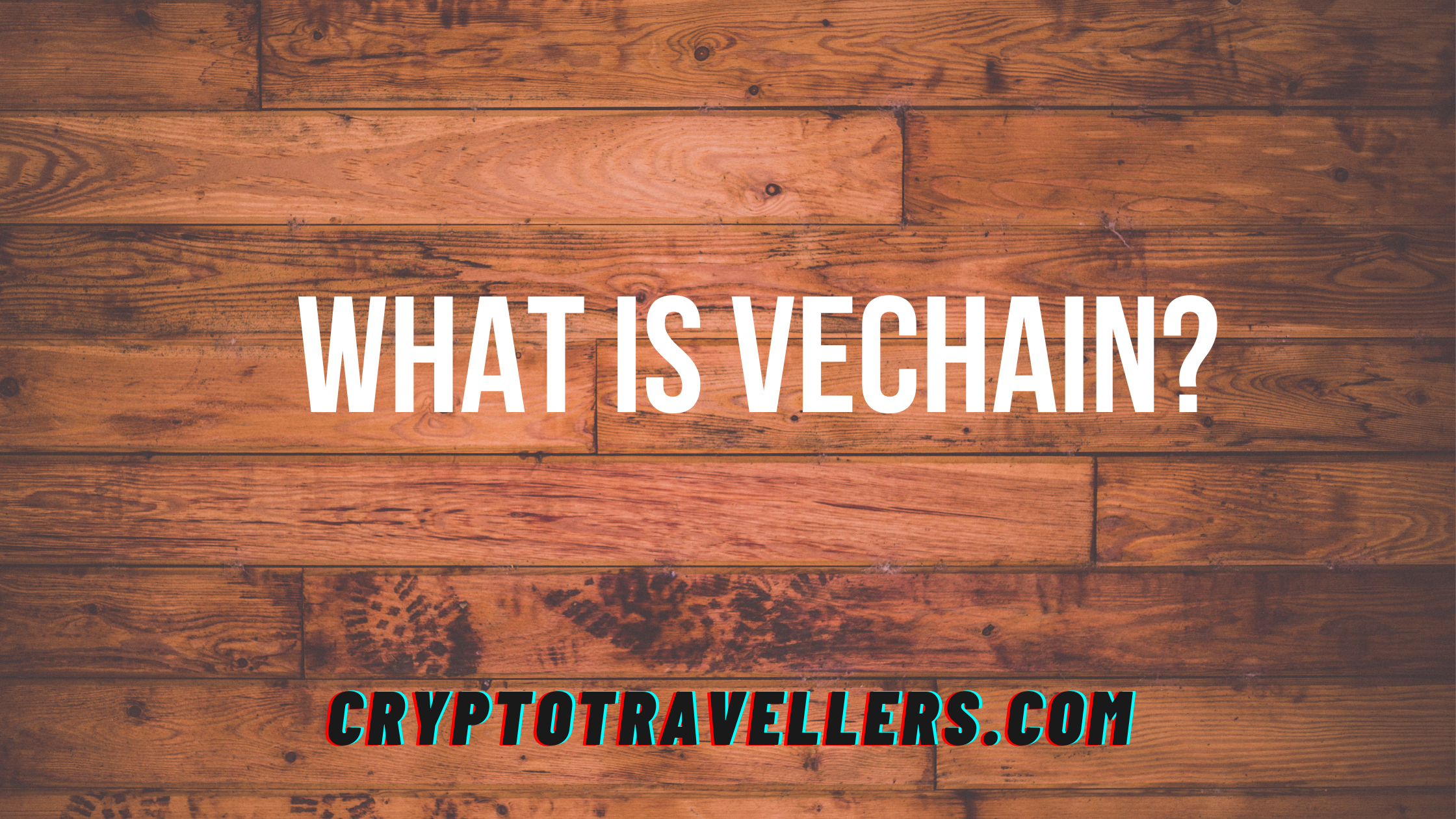 VeChain is a blockchain platform designed to enhance supply chain management and business processes. Its goal is to streamline these processes through …

&ldquo;Alt Season,&rdquo; as crypto investors will discover, is a term that refers to the buying frenzy associated with altcoins (alternative coins). …