USDC - What is USDC Coin? 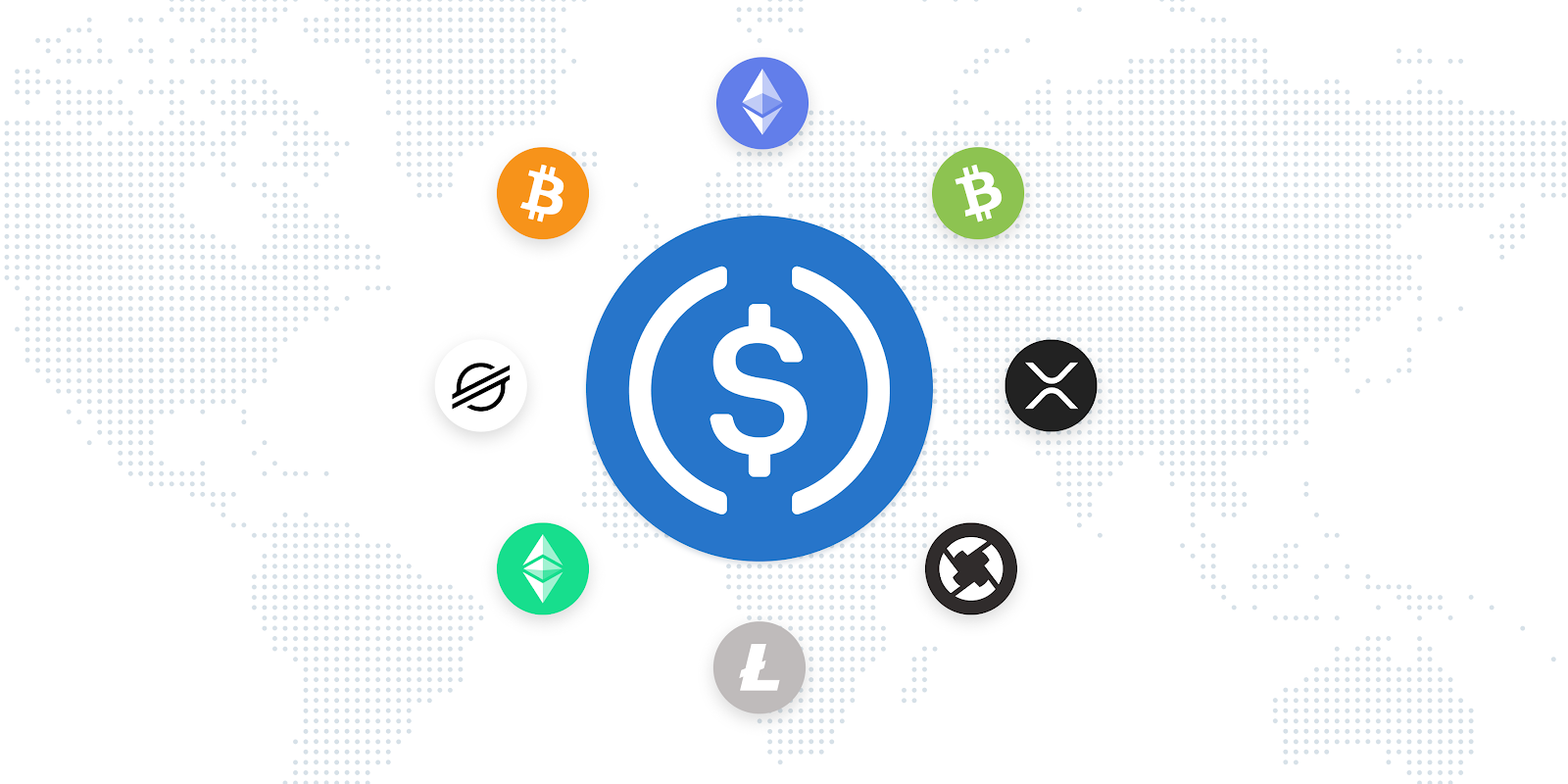 USDC is the second most popular stablecoin in the cryptocurrency ecosystem, only beaten by Tether.

USDC is a stablecoin backed by the USD that allows for faster transactions, lower fees and better security. US Dollar Coin (USDC) is an Ethereum-based ERC20 token created to provide a more efficient, secure, transparent and trustworthy global financial system built on blockchain technology. It empowers anyone to transact in any currency anywhere in the world with low costs.

USDC is an ERC20 token that lives on top of the Ethereum blockchain, which is interchangeable with other tokens in DeFi ecosystems like Uniswap and Compound.

The Negative aspects of USDC

USDC is a centralized stablecoin controlled by a single organization. Like financial products in the legacy banking system, Coinbase can freeze USDC accounts and block USDC transactions.

USDC is different from a stablecoin like DAI. The account balance on USDC can have transactions blocked, but this rarely happens and in 99.99% of all cases should not be worried about.

Is USDC is Better Than Tether?

Although Tether is the most popular stablecoin by market cap, the project has many flaws. Most importantly, there does not appear to be enough dollars backing all of USDT tokens in circulation.

Despite its history connecting to potentially problematic parent companies, USDC is created and managed by reputable organizations Coinbase and Circle. Both company release regular audits proving they have enough dollars to back up their liabilities.

Will USDC Ever Be Regulated?

USDC is not illegal, and it’s being used and traded in compliance with all relevant federal regulations.

Recently, a bill was proposed (The Stable Act) that would require any stablecoin issuers to get a banking license in the U.S., like Coinbase or Circle. Although this legislation is likely not be passed, there could be similar regulations put forward as time goes on.

The OCC released a new ruling stating that banks are now able to use stablecoins as a payment method, much like any other form of ACH wire transfer or SWIFT.

If the Stable Act passes, it would make establishing a stablecoin much more difficult for companies like Coinbase and Circle that use their own holdings to back their coins because they would have to get banking licenses.

The OCC ruling that allows banks to use stablecoins is very bullish for the industry. It further integrates USDC into the existing financial system, which is great for Coinbase and Circle users.

Why Does USDC Matter?

USDC is a stablecoin that has been created by Coinbase and Circle. US dollar deposits are held in an FDIC-insured bank, which gives it the stability of fiat currency while still being able to be used as digital money for transactions on blockchains like Ethereum or Bitcoin Cash without any conversion fees (unlike other cryptocurrencies). It also allows users who don’t have access traditional banking services such at ACH transfers from their checking account into cryptocurrency exchanges because they can use USD instead with lower transaction costs than wire transfer methods offered through banks today

The OCC released new ruling stating Banks will now allow Stablecoins - This could mean more integration between crypto markets & financial system; this would help make establishing coins easier since companies won’t have to worry about volatility.

The USDC is a stablecoin, which means that it has the stability of fiat currency while still being able for use in transactions on blockchain networks like Ethereum or Bitcoin Cash without any conversion fees (unlike other cryptocurrencies). It also allows users who don’t already access traditional banking services such at ACH transfers from their checking account into cryptocurrency exchanges because they can instead utilise USD with lower transaction costs than wire transfer methods offered through banks today. For example: if someone wanted $100 worth bitcoin , they would need to have $100 in their bank account and then transfer it into the exchange. With USDC, all that is needed for a purchase of bitcoin or any other cryptocurrency on an Ethereum network are USD coins which can be bought with fiat currency like dollars from your bank’s ATM card (or through another service).

The company has been working closely alongside regulators including SEC & FINRA since 2015 when Bitcoin prices were much lower than today’s rates; this means there will likely not face regulatory hurdles during launch time because these agencies understand how important stablecoins could become.